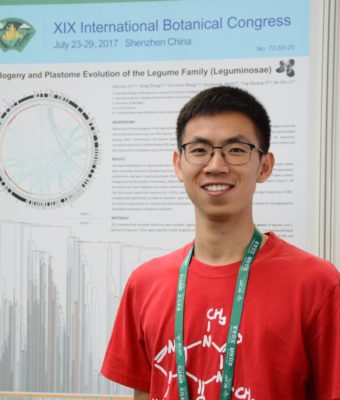 Dr. Jin is broadly interested in biodiversity and analytical methods approaching the diversity. He worked on phylogenetics or biogeography of several flowering plant groups (Cannabaceae, Rosaceae, Fabaceae, etc.) using plastome data. Much of his efforts had been and will be spent in developing and maintaining GetOrganelle, a fast and versatile toolkit for accurate de novo assembly of organelle genomes. His interest in organelle genome structure evolution started from the fascinating Fabaceae and extended to a large scale of angiosperm clades with plastome structural variations. Dr. Jin’s current projects in the Eaton lab start with the genome assembly of a Pedicularis species and will be looking into the floral trait evolution in Pedicularis.