E3B Chair, Shahid Naeem, was quoted in a Nature story on biodiversity crisis! The article called, “Can the world save a million species from extinction?” can be found here: https://www.nature.com/articles/d41586-022-04370-4

Here is a snippet of the article:

It’s difficult to predict, because doing so requires knowledge of which species are present in a particular ecosystem, such as a rainforest, and what functions they have, says Shahid Naeem, an ecologist at Columbia University in New York City. Much of that information is often unknown. However, scientists have shown3 that ecosystems with less biodiversity are not as good at capturing and converting resources into biomass, such as happens when plants capture nutrients or sunlight used for growth. 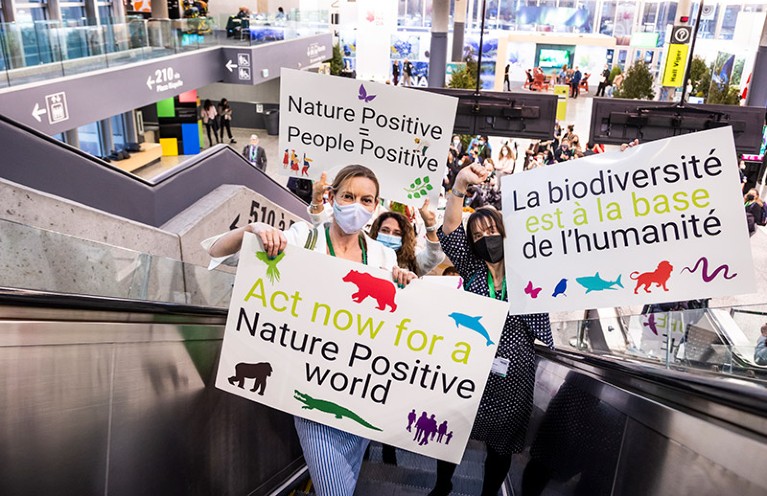 Delegates at COP15 in Montreal show their support for a new agreement among nations to protect Earth’s biodiversity. Credit: UN Convention on Biological Diversity (CC BY 2.0)